Jacob’s Well is glowingly described by all early visitors as a deep pit in the middle of a flat plain. The sides were so steep it was difficult to approach the water at the bottom. Here are some descriptions:

“We reached Jacob’s Well at ten o’clock. It would be well to give a brief description of this most singular place. It is a hole a hundred and twenty-five feet deep, surrounded by a perfectly level plain, so level, indeed, that if you did not know its locality you might easily pass it at a distance of a quarter of a mile. Its circumference measured by myself with a chain is five hundred yards and eighty feet. There are one or two large arroyos leading down to the water, one of which was followed by our animals.” –May Humphreys Stacey, 1857

“At Camp 73, a remarkable well was found. This is described by Captain Whipple as a funnel-shaped depression, about 300 feet wide at the top, and 125 feet deep. Water is found at the bottom. It was evidently not the work of art, as there was no vestige of any removed earth around the pit. Several other pits of a similar character were also seen in the vicinity. It is most probable that these depressions are caused by the caving in of the ground over cavities or caverns, caused either by the flow of subterranean streams or the gradual solution of thick beds of gypsum.” –Jules Marcou, 1853

“The water at the place of camping to-night is the greatest curiousity we have yet seen. In a wide level prairie, with no streams, there is an immense well about one hundred and fifty feet deep and six hundred in diameter. At the bottom is a large, deep pool of water – which it cost one a few minutes hard labor to reach.” –David S. Stanley, 1853

“This is decidedly the most wonderful place of the kind we have yet met with. The traveler, following the trail on a level plain, comes suddenly to the brink of a perfectly circular hole of about a quarter of a mile in circumference, and a hundred yards in almost perpendicular descent. The sides of this hole slope very steeply nearly to the bottom, where a basin of apparently very great depth, and about sixty yards in circumference, completed the picture. Around the edges of this pool grow rushes and a few small willows and cedars. The water is agreeable to the taste, though a little brackish, and it in it are quite a number of fish. It is only accessible by one trail, which follows the nearly precipitous sides, winding gradually down.” –Edward F. Beale, 1857

After reading these descriptions I was anxious to see this place! Here’s what I saw: 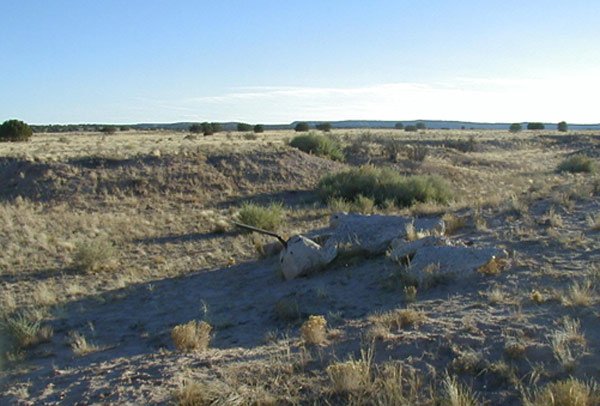 No pit and no water! My first thought was that the USGS had identified the wrong place as Jacobs Well. After much research, I’ve determined that the location is correct and the pit has filled up with silt over the last 150 years. I have been unsuccessful in finding any old pictures of the well except for the one below from a 1939 publication of the U.S. Office of Indian Affairs (Along the Beale Trail by H.C. Lockett and Milton Snow). The well was only ten feet deep in 1939. I’m still looking for other old pictures of Jacobs Well. 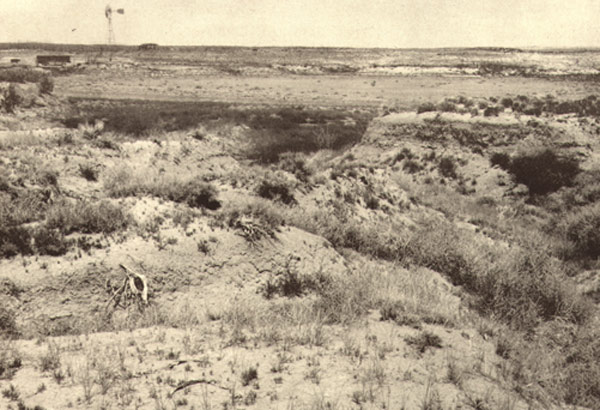 After visiting the site labeled on the USGS maps as Jacobs Well I had doubts about the identification of this place. After all, the explorer accounts described a pit 300 feet wide and 125 feet deep – this couldn’t be it! When I got home I began searching the map for another likely spot that may be the real Jacob’s Well. About a mile north of Jacobs Well I saw a round body of water named “The Crater” and thought this might be the actual site of Jacob’s Well. I researched Indian names for JW but couldn’t find any for the Crater. Finally, when I checked the General Land Office plats for Township 19N, Range 28E from 1882, I found Jacobs Well exactly where the USGS has it. Here is a portion of the plat showing it in Sections 8 and 17 with the “Zuni and Navajo Road” (Beale Road) passing to the south:

I then checked the old plat where “The Crater” is located and found no notation of a feature there. This means that the sinkhole known as “The Crater” opened up some time after 1882. It is now apparent that Jacobs Well is a sinkhole that has filled in completely, leaving almost no trace of its former size and depth. I revisited the place with Andrew Wallace and Rose Ann & Harland Tompkins in November of 2001 and we found a large but faint round depression in the ground. This is all that’s left of Jacob’s Well.

Here’s how to get there:

From Interstate 40 in Arizona, exit at Navajo (exit 325) which is about 40 miles east of Holbrook. Proceed south on Navajo road 2007 across the railroad tracks and the Rio Puerco (it’s a dirt road for about the first mile but paved the rest of the way). After about 6 miles turn left on highway 2015 toward Navajo Springs. Stay on this road as it turns into highway 2030 and curves through the hills. After about 8 miles look for a small turnout on the south side of the road with a few trees (rare in this area) visible about a hundred yards off to the right. Park here (there’s a fence but no gate). You can see the remains of some water storage tanks and concrete foundations in the area south of you. The pit was a little to your right, west of the area with the trees. Note: Before you climb the fence to explore, be advised that you are on the Navajo Indian Reservation and a permit is required if you leave the highway. You can obtain an application for a free permit by calling the Navajo Nation Historic Preservation Department at (928) 871-7132.