After Leaving New Year’s Spring the wagon train traveled west-southwest to a spring Whipple had discovered on the return leg of his reconnaissance. Expedition artist and naturalist H. B. Mollhausen described it like this: 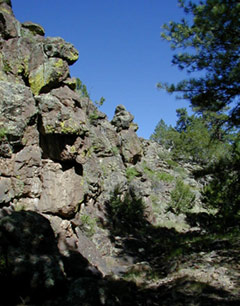 “We passed the night at a spot due north from the Bill Williams Mountain, and ten miles from its base. The ravine, which was chosen for our halt on account of its abundant supply of water, began here, for in the rainy season the water flowing into it from the neighbouring districts had worn a deep hollow in the ground, and in their fall had formed a funnel which at our arrival was full of water and covered with ice, though as far as the eye could reach there was not the smallest pool beside in the whole ravine. The precipitous walls consisted almost entirely of black lava, and blocks of it lay scattered along the bottom; and as the ravine could not well receive a more appropriate designation than Lava Creek, it was so baptized for all time.”

-From Diary of a Journey from the Mississippi to the Pacific, Vol. 2, p.171

Dr. Andrew Wallace has located Lava Spring, now known as Canyon Tank. When I visited the site I did not find the “funnel” and “fall” that Mollhausen described. They have apparently been buried under an earthen dam to form a larger stock tank. The smaller former size of the original spring-fed pool is suggested by the dead trees which would have grown on the shore of the pool – not in its midst. 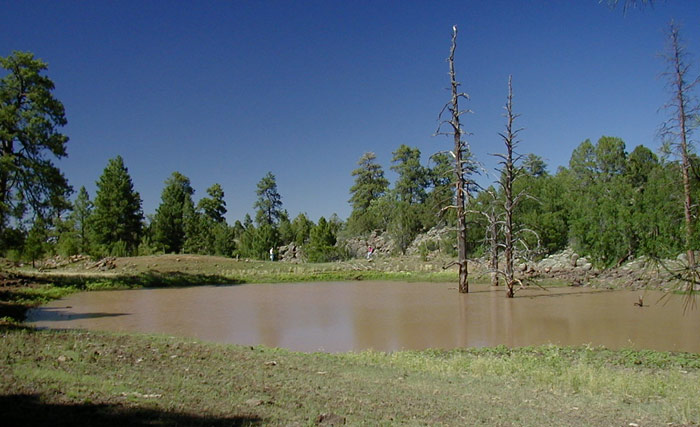