On December 30, Lieutenant Whipple, with a small escort, left to conduct a reconnaissance westward, leaving the main body of the survey camped at Leroux’s Spring. The next afternoon (New Years Eve) they discovered a spring which they named “New Year’s Spring.” The location of this spring has been a source of curiosity for myself and others, since it is not named on any modern map. I believe, however, that Dr. Andrew Wallace has correctly identified the true location of the spring as modern Hitson Tank, northeast of Williams, Arizona. Read Professor Wallace’s paper “Where Was New Year’s Spring?” In the “Articles” section of this website. 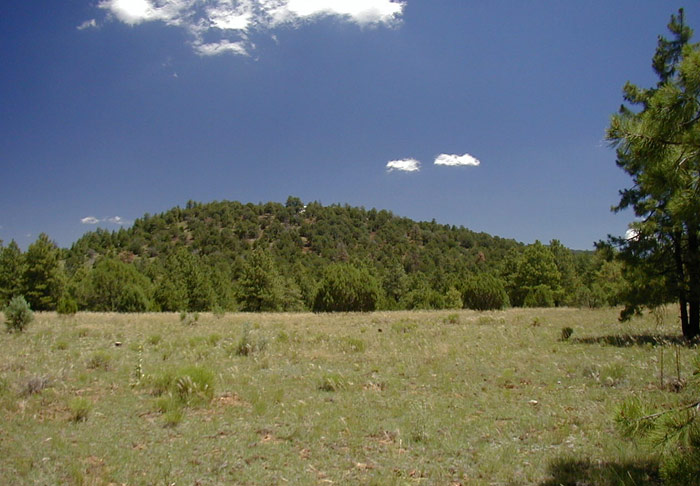 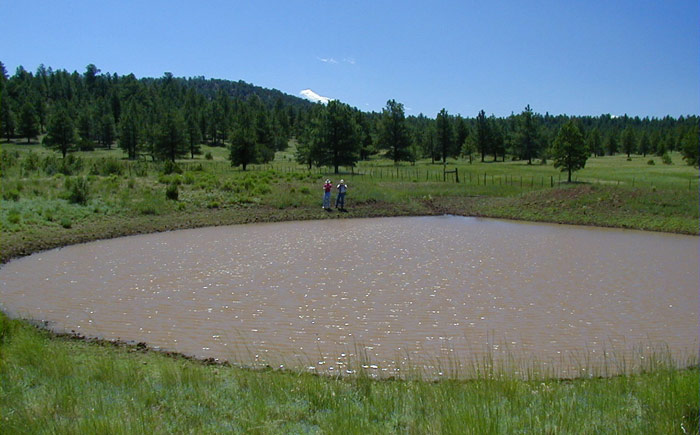 Hitson Tank. This is likely to be Whipple’s New Years Spring. Local ranchers have built up berms around it to increase storage capacity but there is no apparent inflow source of surface water. Tom Jonas photo.

December 31 [1853]. –…at 2 1/2 P.M. bivouaced upon a hillside, where abundance of bunch-grass, quite green, and cedars for shelter and for fuel, afforded a fit resting -place for the night. From the top of the hill we could distinguish the vicinity of Leroux’s spring, lying due east at a distance estimated at miles… Men were sent to explore, and soon brought the agreeable news of having found a spring…

And his New Year’s Day entry:

January 1 [1854]. — …Upon leaving camp we visited “New Year’s Spring,” about a mile west. It was a pool ten or twelve feet in diameter, with water twenty inches deep, below a stratum of ice three inches thick. The amount of water was not perceptibly diminished by what the mules had drunk during the night. It therefore appeared to be a permanent spring.