“After passing the northern termination of “Big Horn” Mountain, we completed our day’s march and encamped at eleven o’clock in a thicket of willows near the river….During the day we passed two abandoned wagons in good condition, save the injury they had received from long exposure to the sun. …From the large quantity of iron strewed about, with fragments of vehicles, tin kettles, and camp equipage, we were evidently at a place where wagons had been broken up and burned. The extent of these traces showed that it was probably the place where General Kearney [sic] or Colonel Cooke encamped in 1847.” 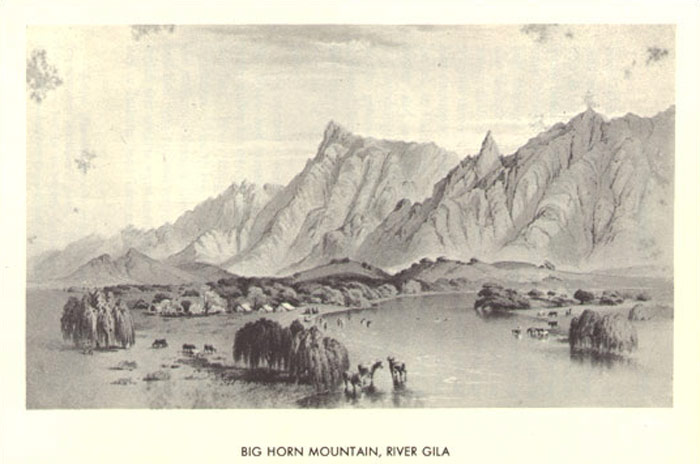 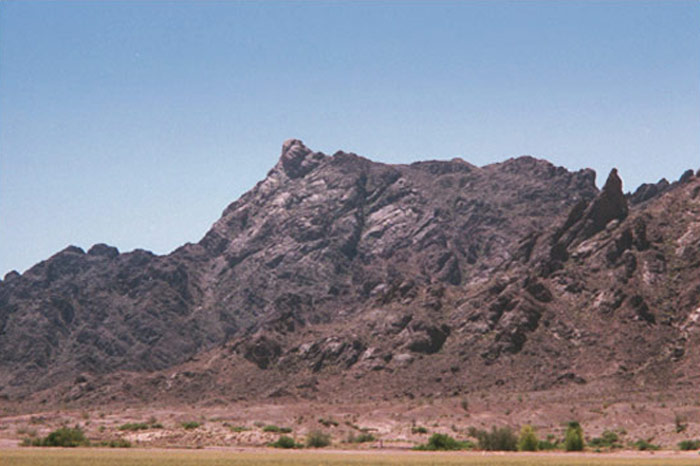 The mountain that Bartlett called the “Big Horn” is the at northern end of the Mohawk Mountains of southern Arizona. The campsite debris he mentions was most likely left by Lt. Colonel Philip St. George Cooke’s Mormon Battalion in December, 1846 or January, 1847.